Imagine  the impact on the current crisis if you could answer the following question  for 230 million people – “In the last 10 days, have I been within 100 yards of  an individual with a positive COVID-19 test?” The ability to answer this   question could allow millions of people to go back to work. Can we answer this question to save lives and keep the economy going without having to sacrifice our rights to privacy?

This post describes a technical approach to quickly implement a nationwide emergency virus contact tracing system using cell phone location data in order to suppress the spread of COVID-19 while enabling a return to high levels of economic activity. Craxel’s breakthrough in searchable encryption enables the rapid deployment of this system by the CDC without the Federal government ever having access to anyone’s location data or the encryption keys for that data.

We are Vulnerable without Targeted Virus Suppression

The COVID-19 pandemic proves our nation’s vulnerability to global pandemics and germ warfare. The countries of the world have a choice in how to combat these pandemics. They can do nothing and potentially allow their health care systems to be overrun and millions to die. They can try to slow infection rates through social distancing, so that health care infrastructure can function until a vaccine is ready. Unfortunately, this requires shutting down large portions of economic activity for months at a time. After the first week of an initial 15-day period of widespread social distancing, the US population already appears to be losing patience with this approach as large numbers of people lose their jobs. A better option that would allow the economy to largely function could be targeted virus suppression, with the objective of reducing the spread of the virus (R0 < 1) until the epidemic grinds to a halt.

Effective testing is an essential component of any suppression strategy. You can suppress a virus in the United States without shutting down large segments of the economy if you test hundreds of millions of people repeatedly and strictly quarantine those with positive results. Repeated testing is essential because of asymptomatic community spread. With the current spread of the COVID-19 virus, widespread testing and quarantine is likely the most effective way to suppress the outbreak. The problem is that executing this repeated testing on a nationwide scale is extraordinarily difficult and the materials for billions of tests may not even be available. Technology offers an opportunity to reduce the amount of testing through targeted, aggressive contact tracing.

Wireless Network Providers Can Get the Data

Cell phones have become ubiquitous in the United States. It is entirely feasible for location data to be collected from wireless network providers without installing an app on everyone’s phone in order to maintain several weeks of location history for ~230 million Americans. It is also entirely feasible to combine this location history of individuals with the location history of subjects with positive test results to identify individuals that should be tested and isolated. Possibly more importantly, you can identify those that are very unlikely to have been exposed. This would allow most of society to continue while small subsets are shut down and isolated.

This is a powerful idea that makes suppression a feasible strategy for dealing with an epidemic while minimizing the economic impact. Because of asymptomatic transmission, it is impossible to guarantee that someone has not been exposed simply because they’ve not been collocated with an individual that has tested positive. There would inevitably be “leakage”. This leakage is why rapid testing is so important, to minimize the amount of transmission and drive R0 to less than 1. A nationwide emergency virus contact tracing systems would enable targeted testing of asymptomatic individuals while also providing decisionmakers the best possible situational awareness. While everyone that has any symptoms should be tested as soon as possible, asymptomatic individuals that have been collocated with individuals with positive tests can also be identified and tested. If this approach works, large portions of the country could function as we effectively suppress an outbreak.

However, a naïve implementation of such a system could do more harm than good. Can testing be rapidly performed at the scale required? Placing cell phone location data in the hands of government threatens the privacy of every citizen. Location history is incredibly sensitive and even data for a small time period can be revealing for a long period of time. Throughout American history, millions have given their lives for freedom, essentially choosing freedom over life. We are now at a crossroads in the digital age where we need to ensure that we preserve these precious freedoms, while saving lives.

The Technology Is Now Available

Craxel’s recent breakthroughs make it possible for the CDC to rapidly deploy an emergency virus contact tracing platform where only the states or local governments could access any PII or location data. In fact, CDC would never see the data in unencrypted form or hold the keys to decrypt it. Further, it is possible that the system could only be accessed based on cryptographic agreement between the Federal and state/local governments during times of emergencies. Mathematically, neither party could use it without the other’s agreement. Until now, searchable encryption has been much too slow for this to be feasible. Craxel’s searchable encryption technology can organize for rapid search many months of granular, strongly encrypted location data for hundreds of millions of people. This constitutes millions of location data points per second.

It is an open issue exactly how effective aggressive contact tracing like this would be in reducing the amount of testing required for suppression. However, given the economic chaos caused by the COVID-19 pandemic, developing and testing this system should begin as soon as possible. 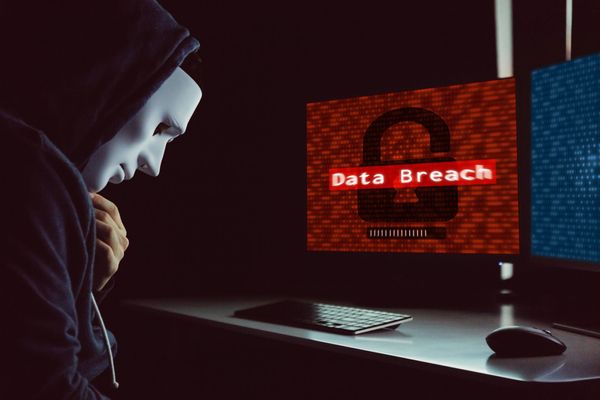 We currently live in the era of incessant cyber attack and eroding digital trust. According to Gallup, more Americans are worried about cybercrime than violent crime. Privacy regulation and enforcement